What is the date of the Germany's DOUALA vs. YAOUNDE, The Basketball Battle 2022?

How many players are allowed per team? How many teams will participate?

There will be maximum 40 players in each pool of players in Team Douala like in Team Yaounde. The players will be splitted into several teams of 5 players each, means… 8 teams representing each squad.

They will compete during the Mini Games up to three hours. During the Mini Games, the nominated coaches are responsible for observing the matches and gauging the level of play of the players registered in their team. At the end of the Mini Games, based on their observations, on criteria and parameters previously defined in consultation with the organization
of the tournament and published to the players before the tournament, the coaches will draw up the list of the players selected to play in the Rookie Team and in the Allstar Team. Each Team is built with 12 players. The same player is not allowed to participate in both matches.

At the end, the Rookie and the Allstar Teams from Douala and Yaounde will compete respectively.

How much are the player participation fees and when are the registration deadlines?

The participation/registration fees are 50,- € for each player into the team of his choice. There are no refunds for team entries. A registered and confirmed player will receive at the due date a team jersey with printed name and number on it, and a short as well.
A welcome lunch package is included at no cost!

For your registration in Team DOUALA or Team YAOUNDE, you must fill out the online registration process below and have paid at least your participation fees before April 25th.

How many games is guaranteed?

It specially depends on size of registrants, but all players participating in the Germany’s DOUALA vs. YAOUNDE are guaranteed at least four mini games and one challenge game, as well as the possibility to take part to the skills challenges.

I completed the payment process but I have not received confirmation. Did my registration complete?

An email will be sent out immediately after completing the online registration process. It may take some time to get the email depending on your mail service provider. If you have completed the payment process and still do not receive a confirmation within 48 hours, please email us at info@baskamerun.com and let us know.

I went through the online registration process, but was not able to complete the payment step at the end. Am I registered?

No. Your registration has been saved and pending for successul completion.
In order to participate on the event, the payment step must be completed successfully. Upon successful completion of the payment step, a receipt will be sent to the email address entered during the payment process. Once the player registration has been fully processed, you will receive an entry confirmation email as well as other important tournament information. Furthermore a responsible will contact you for integration in the team chatroom and preparations. This could take up to one week.

Not only basketball! Baskamerun also engages socially. Through BASKAMERUN CARES, we from Baskamerun, give the opportunity to each people wishing to participate in human development to make a donation (financial or material) for the benefit of needy people living in Cameroon, and to follow step by step the achievements and smiles that will be made possible by these donations.

Do women also participate in the Basketball Battle?

Yes. Women are also welcome and can participate as much as men in the process registration and in the basketball games during the tournament.

The Kids Training Camp by Baskamerun is offered to boys and girls between 6 and 14 years. They get a number of drills and fundamentals by staff members and coaches.

Children registration fees are 19 € per child. Each child receives a jersey, a welcome lunch package and a trophy for participating.

DID NOT FIND AN ANSWER TO YOUR QUESTION? 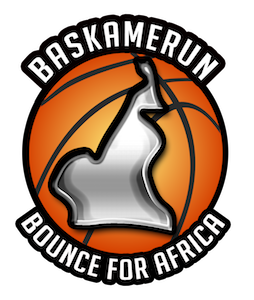 The game is the same wherever you play !
Our mission is to uplift and encourage African youth to believe in their potential. We aim to actively support the realization of theirs dreams by ameliorating their educational minset and social environments. Be a part of it !
Our events highlights: Men & Women Basketball, Kids Training Camp – Celebrity Game – Music - Charity – Entertainment – Gastronomy – Family & Social – Entrepreneurship – Baskamerun Cares – Afterparty 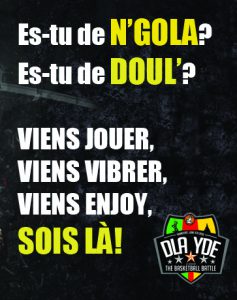 Made with ♥
by Muzamil Kolawole and The Brain Strategies